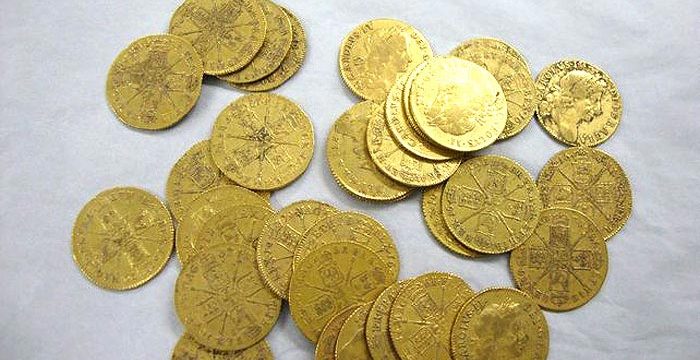 Shanarch Archaeology Ltd has been appointed to oversee the redevelopment of the site where the 17th century gold coin hoard was found in Tipperary. 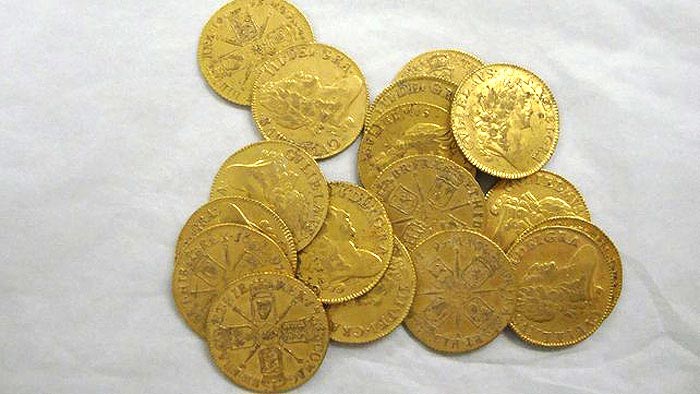 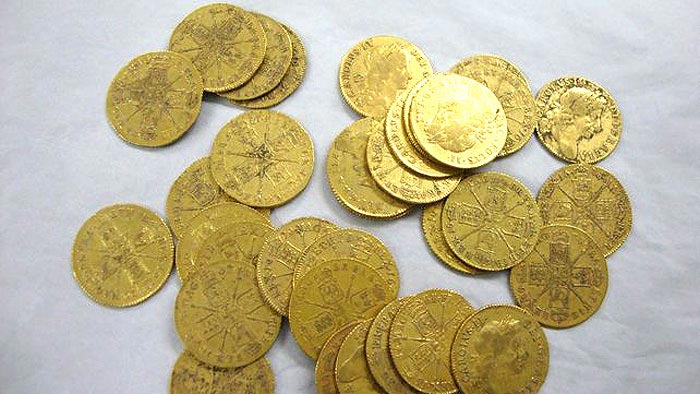 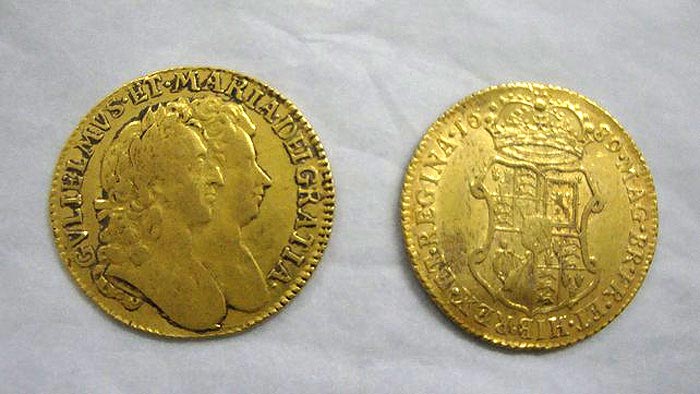 Below is the publication from museum.ie

The National Museum of Ireland has recently acquired one of the most significant finds of 17th century gold coins ever found in Ireland.

The hoard was discovered on 14th January 2013 during groundworks being undertaken at Main Street, Carrick-on-Suir, Co. Tipperary.

The earliest coin in the hoard dates to 1664 and the latest to 1701, so the treasure may therefore have been buried around the year 1701. The coins are currently being examined but they appear to consist mainly of guineas and a small number of half guineas. The Guinea was a British gold coin minted by the Royal Mint between 1663 and 1814. ‘Guineas’ were so-called because the gold used in making some of them came from Guinea, West Africa and they were minted in four denominations (a half, one, two, and five).

It appears that the coins were hidden in soil under the floor-boards of a house on the town’s main street and research is being carried out to establish the age of the earliest building on the site. One of the builders noticed the coins while digging and they are reported to have been “in a line together”. They may have been wrapped and held together by some material in the past though this has not survived.

No comparable 17th century hoard of gold coins has been found in Ireland since the discovery in Portarlington, Co. Laois, around 1947, of a hoard that contained a little over 100 gold coins, as well as some silver coins. These are on display in the exhibition Airgead, A Thousand Years of Irish Coins & Currency on display in the National Museum of Ireland – Decorative Arts & History, Collins Barracks, First Floor, South Block, Benburb St, Dublin 7.

The Carrick-on-Suir Hoard probably represents the accumulated wealth of a single family over a number of generations, and was collected in the period following the Cromwellian War down to the end of the decade following the Williamite War.

It is not known why the hoard was hidden but it is possible that its wealthy Catholic owner may have considered it necessary to hide his portable assets in response to the imposition of the Penal Laws. Many other scenarios are possible and further research is being conducted to try to establish the historical background of the hoard.

The coin hoard will be placed on display in the National Museum of Ireland, Collins Barracks in about a month’s time. It is also anticipated that the coins will go on temporary loan to South Tipperary County Museum at a date to be decided.