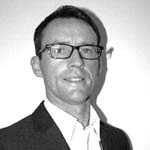 Seán graduated with an honours degree in archaeology and philosophy from NUI Galway.

He has more than 20 years of experience working in commercial archaeology. He is a licence eligible director and also holds an honours Master’s Degree in Geographical Information Systems and Remote Sensing from NUI Maynooth. He has directed numerous archaeological excavations in both the Republic of Ireland and Northern Ireland.

Seán started his archaeological consultancy in 2008 and has steadily grown the business year on year. He employs a diverse team of professionals that offer a suite of services from professional advice, small-scale archaeological assessments, EIA reports for large-scale infrastructural projects, built heritage assessments, geophysical surveys and major fieldwork projects.

He established Shanarc Archaeology and is proud of how it has grown to be one the leading archaeological companies in Ireland. 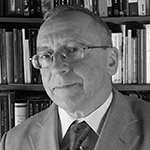 Thaddeus graduated with an honours degree from University College Dublin. He is a licence-eligible director and also holds an MA in archaeology and a City & Guilds certificate in photography.

Thaddeus has been working on archaeological excavations since 1978 and directed his first excavation in 1983. He has spent more than 25 years working in commercial archaeology on sites ranging in date from Mesolithic to 19th century and on projects from excavations to production of Environmental Impact Assessment Reports. 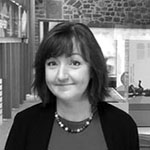 Grace was awarded a BA in Archaeology and Geography by UCC in 1997, an MA in Museum Studies by the University of Leicester in 2012 and has over 20 years of experience working in cultural heritage management. Licence-eligible since 2002, Grace has directed and presented the findings of multiple development-led excavations.

In her position as Senior Archaeologist, Grace has been involved in team management and project coordination for works on a number of major schemes, overseeing all research and consultancy services undertaken. She has had senior management involvement in the route selection and assessment of a number of large-scale infrastructural projects and has given evidence with respect to cultural heritage at multiple Bord Pleanala hearings, including M8/N8 Culahill-Cashel, N4/M50 Lucan Bypass, N7 Castletown-Nenagh, N9/N10 Kilcullen-Waterford.

Since graduating from the University of Leicester in 2012, Grace has been responsible for the management and presentation of a number of historic properties and collections – developing expertise in business development, community engagement and the interpretation of heritage concepts for public consumption.

She has worked overseas in public land management, preparing Heritage Assessments and supervising works on archaeology and cultural heritage sites. Marion has an honours degree in Archaeology and Geography from NUI Cork and a Master’s degree in Environmental Resource Management from NUI Dublin. 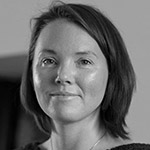 Edel graduated from NUI Galway with a BA in Archaeology and English in 2004.

After working in the field for a number of years, she took a position as architectural recorder on the National Inventory of Architectural Heritage survey of County Limerick. This sparked a strong interest in built heritage, especially industrial, transport and social elements of post-medieval archaeology.

She undertook MPhil research at UCC between 2008 and 2010, and was awarded first class honours for her thesis on The Archaeology of Narrow Gauge Railways in Munster. This was followed by a Higher Diploma in ArcGIS at UCC.

Edel has several years of experience as both as a recorder on built heritage assessments and an editor, as well as a site assistant and supervisor in the field. 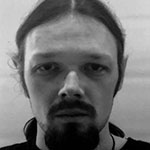 Michael has a BA in Classics and Archaeology, an MA in Landscape Archaeology from UCD and has worked in the field since 2007. He is a graphics technician proficient in the use of AutoCAD, QGIS and Trimble RealWorks. His role in Shanarc is the production of geophysical reports and CAD drawings, including processing and digitising from 3D laser scan data and geophysical survey.