The beautiful Bridge House was built at the end of the 16th century by the Butlers of Ormond. The building underwent considerable repair and remodelling in the 18th century, at which point it became one of the Dower Houses of the Ormond family.

In the late 18th century the John Street facade was rebuilt, with the addition of a full-height bow-bay to the south west end and an elegant paired doorway with a tooled stone surround and a fanlight. Internally, the renovations included the insertion of a fine stucco plasterwork ceiling to the main reception room.

The building suffered extensive fire damage in 2018 and has since been undergoing major works. Shanarc have been delighted to work with William Neville and Sons to produce Archaeological Impact Assessment Reports and 3D laser scans of the more significant features of this landmark building. 3D laser scanning remotely captures the complete three-dimensional geometry of structures, objects and even landscapes efficiently and accurately. This survey method offers a fast, inexpensive way of producing a very detailed model, which will facilitate the restoration of these beautiful rooms. 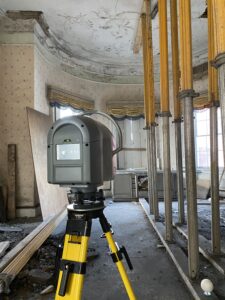 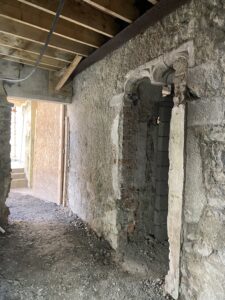 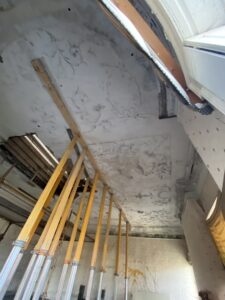